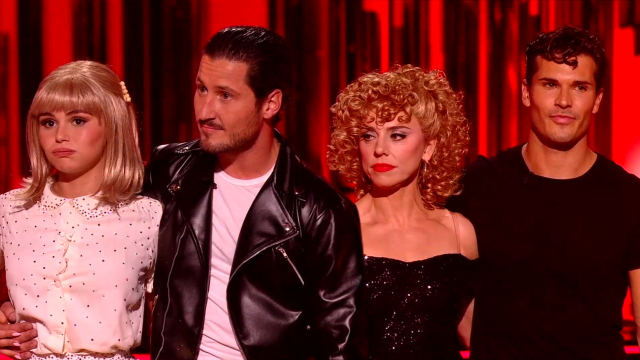 Scroll back up to restore default view.

Monday’s Dancing With the Stars ended in a shocking elimination that left fans fuming. While the Grease-themed evening was filled with excellent performances, two of the highest-scoring contestants found themselves in the bottom two. And when it came time for the judges to save one of the contestants, fans turned on them.

Olivia Jade Giannulli and Melanie C both earned 36 out of a possible 40 judges points for their performances, good enough for a third-place tie. Unfortunately, the contestants failed to score enough viewer votes and found themselves up for elimination. The situation even left the judges upset.

“This is a tough one!” Derek Hough said. “America, what have you done?”

“You both have done phenomenal jobs,” Carrie Ann Inaba said. “I mean, this is not the way it’s supposed to work out at all.”

Even though judges Carrie Ann Inaba and Bruno Tonioli voted to save Melanie C, head judge Len Goodman’s vote was weighted more heavily and he agreed with Derek Hough that Olivia Jade should be saved. Fans were very upset with the decision to cut one of the Spice Girls.

First Elimination of Season 2021 – Dancing with the Stars